The current version of the furlough scheme that started on 1 November 2020 was scheduled to end on 30 April 2021. In order to avoid a “cliff-edge” with resulting widespread redundancies the chancellor has announced a further extension of the scheme and also a phased reduction in support to employers.

The CJRS furlough grant for May and June will remain at 80% of the employees’ usual pay for hours not working but it will then be limited to 70% for July and then 60% for August and September.

This phased reduction will operate in a similar way as in September and October 2020 with the employer being required to contribute the remaining 10% and then 20% of an employee’s regular pay so that they continue to receive 80% pay for furloughed hours.

In addition to the 10% and 20% contributions employers will continue to be responsible for paying employers national insurance and pension contributions on the full amount being paid to employees.

Contact us if you need assistance with your CJRS furlough claims.

In line with the further extension of the CJRS furlough scheme for employees the chancellor has also set out further support for the self-employed. We had been waiting for the details of the calculation of the fourth SEISS grant covering the period to 30 April and we now know that the support will continue to be 80% of average profits for the reference period capped at £2,500 a month and can be claimed from late April. There will then be a fifth SEISS grant covering the 5 months to 30 September.

The chancellor has also bowed to pressure to extend the scheme to include certain traders who were previously excluded. Thus, those who commenced self-employment in 2019/20 will now be included provided they had submitted their 2019/20 tax return by 2 March 2021. This is potentially a further 600,000 traders.

Conditions for the fifth grant will be linked to a reduction in business turnover. Self-employed individuals whose turnover has fallen by 30% or more will continue to receive the full grant worth 80% of three months’ average trading profits, capped at £2,500 a month.

Those whose turnover has fallen by less than 30% will receive a 30% grant, capped at £950 a month. We are awaiting further details of this fifth grant.

The government has already announced a longer repayment period for “Bounce-back” and CBIL loans. From 6 April 2021 a new Recovery Loan Scheme will provide lenders with a guarantee of 80% on eligible loans between £25,000 and £10 million to give them confidence in continuing to provide finance to UK businesses. The scheme will be open to all businesses, including those who have already received support under the existing COVID-19 guaranteed loan schemes.

Want the latest news
and insights?

Get them direct to your inbox by signing up for our monthly e-newsletter.

Find out how to pay VAT deferred due to COVID 19 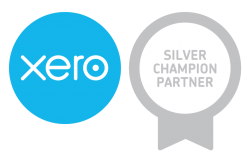